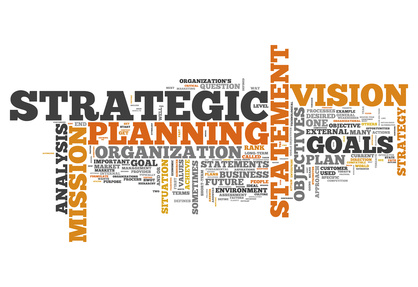 More than 60,000 people live in the trade area, and the major markets of Houston, Conroe, and The Woodlands are less than thirty minutes away. The area's labor force is one of its primary assets. An abundance of workers with strong work ethics in a broad range of professions are available.

Montgomery County is ranked as the 6th fastest growing county in Texas with its population more than doubling in the last twenty years. With a growth rate of between five and six percent per annum the 2010 census population of 455,746 and is projected to top one million in the next twenty-five years.

The East Montgomery County area is fast becoming one of the focal points for development in the greater Houston region. Considering its close proximity to Bush Intercontinental Airport, the Port of Houston, downtown Houston and other regional economic centers the area has seen rapid growth over the last five years.

While this is exciting, it also requires planning. Regional planning is being led by the Houston Galveston Area Council (HGAC) and involves citizens from across the region meeting to discuss growth issues. Infrastructure and particularly transportation planning is critical to the future of the region.

Several new projects, both residential and commercial, are currently being developed. Instrumental in these projects are regional developers such as Friendswood Development Company, The Signorelli Company and others. Projects include residential subdivisions, commercial tracts, or both in several cases. Home prices range from the $120's to the $800,000's. Significant among these residential developments are Oakhurst at Kingwood, Valley Ranch and Tavola. Numerous nationally known home builders are currently building in these area developments. The Valley Ranch Town Center project will give Porter/New Caney a “downtown” that will attract visitors from surrounding areas.

The growth in East Montgomery County also has an impact on the regional economic well-being as many of the homes that are being built will be purchased by people who will work in Harris County. The proximity to the new ExxonMobil campus in Spring will also have a positive impact on the continued development of residential developments. The growth of available jobs in East Montgomery County will also attract individuals who live outside the area but work here. Growth and development throughout the north Houston region has a significant impact on our area. By working together with our friends and neighbors we can accomplish much!

Created in 1997 by the Texas Legislature, the East Montgomery County Improvement District (EMCID) is at the forefront of development activities within its 158 square miles. The District, led by an elected eight-member Board of Directors, collects a $.01 - $.015 tax on all sales taking place within its borders. Sales tax collection over the course of EMCID's 20 fiscal years has increased by 576 percent, from just over $1.7 million in 1999 to a projected $11.5 million in 2019. Revenue is used to promote and maintain economic, community, and educational development activities in East Montgomery County.

EMCID provides cash, land, infrastructure and other forms of incentives to retail, commercial and industrial businesses in return for jobs being created in the District. In addition, the East Montgomery County Economic Development Corporation, a subsidiary of EMCID, can offer low-interest loans. Although EMCID doesn't construct facilities or manage projects, its incentives accelerate development and provide opportunities for projects to come to the area that otherwise would not.

The majority of EMCID's budget is used to fund community development projects, such as grants to local fire departments and law enforcement agencies, non-profit organizations and other government entities within the District's boundaries, community amenities open to the public, such as splash pad parks, and special events, like the annual Back to School Bash and East Texas Fire & Ice Festival.

EMCID's commitment to education is evidenced by its scholarship program. Through the East Montgomery County Scholarship Foundation, a $1,600 scholarship is offered to every graduating high school student or GED recipient within the District to further their education through college courses or certification programs. The Foundation also provides 20 $500 merit-based scholarships to current college students who graduated from schools in East Montgomery County and want to continue their education. Additionally, one senior from each of the local school district's high schools are selected for a paid internship with EMCID each fall semester.